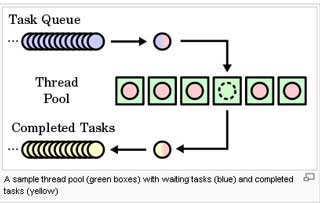 How to create a new thread in NET. First, create an object ThreadStart delegate. This delegate points to a method that executed by the new thread. Now your need to pass this delegate as a parameter when creating a new Thread instance, You should also call the Thread.Start method to run your process the background.

All examples assume the following namespaces are imported:

DataTables warning (table id = ‘dataTable’): Cannot reinitialise DataTable. To retrieve the DataTables object for this table, pass no arguments or see the docs for bRetrieve and bDestroy.

The WorkThreadFunction could be defined as follows

C# supports parallel execution of code through multithreading. A thread is an independent execution path, able to run simultaneously with other threads.

A C# client program (Console, WPF, or Windows Forms) starts in a single thread created automatically by the CLR and operating system (the ?main? thread), and is made multithreaded by creating additional threads. Here?s a simple example and its output: